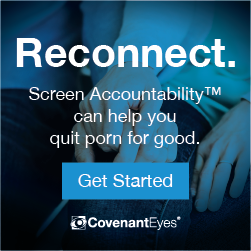 This week on Pure Gold, we visit a pretty controversial question in our culture today for many marriages: “If we both enjoy watching pornography together, is it still a sin” Wow! Frank shares a segment from the Fierce Marriage Podcast, hosted by Ryan & Selena Frederick. They both do a masterful job at answering this question and giving great instruction from God’s Word. Enjoy the podcast!

If you and your spouse are struggling and would like help on your journey, please feel free to contact us! Or, if you’re a wife and need some extra help from another wife who’s walked through what you have, head on over to the “Support for Wives” section and shoot Tracey a a message by filling out the contact form. All communication is strictly confidential.

Weighing in at only around 3 pounds, it’s amazing how much this one organ is capable of in our bodies! The brain uses 20% of the bodies energy and contains 100 billion nerve cells! There are over 1 trillion supporting cells and each brain cell can contain up to 10,000 connections with other cells! WOW!!! That’s alot of work being done — processing, developing, & creating every second of every day!

It stands to reason that when the brain is exposed to sexual images seen in pornography and other hardcore outlets, it literally explodes to create new neural pathways. The brain’s structure can even change according to the material it’s being fed.

Fight the New Drug is an organization that’s been around for several years spreading awareness about the harmful effects of pornography and offering solutions & resources to help fight back! And while it’s not a Christian organization in nature, the research & imprint they’re making on the culture is amazing! They released a video in the last year or so detailing how the brain reacts to sexually hardcore images.